Members of the Nursing Now team joined the Florence Nightingale Foundation to pay their respects at a special Florence Nightingale Service of Remembrance at the Kranji Commonwealth War Grave in Singapore. The service was to remember the nurses who were among the many who lost their lives in the 1942 invasion and occupation of Singapore island during World War II.

“In our remembrance of those who lost their lives many years ago, it is tragic to confront the reality that too many nurses and health workers today experience abuse, often becoming the target for acts of violence and harassment,” said Dr Barbara Stilwell, Executive Director of Nursing Now.

According to the World Health Organization, there has been a disturbing trend in which health workers and health facilities have become targets in conflict and, so far this year, 478 attacks on health facilities with 72 deaths have been documented.

“I am full of admiration for people like Joseph and Richard, and the nurses and other health professionals I have met in DRC during my several trips and all over the world, who put themselves in harm’s way for the people they serve,” said Dr Ghebreyesus. “Very often, they are the difference between life and death, between order and chaos.”

In ‘Beyond Belief: Health care as a Weapon’ published by Dr Barbara Stilwell, whilst working in Afghanistan in 2015, calls for the international community to be louder in our condemnation and calls for accountability against those who target health workers.

On 12/5, 2:30pm (BST) our #NCGSI webinar will address how to support newly-qualified #nurses as they transition from theory to practice. We're asking YOU to come up with a model to do just this & the winning team will receive tickets to #ICNCongress 2021 👉https://bit.ly/3gV7xPI 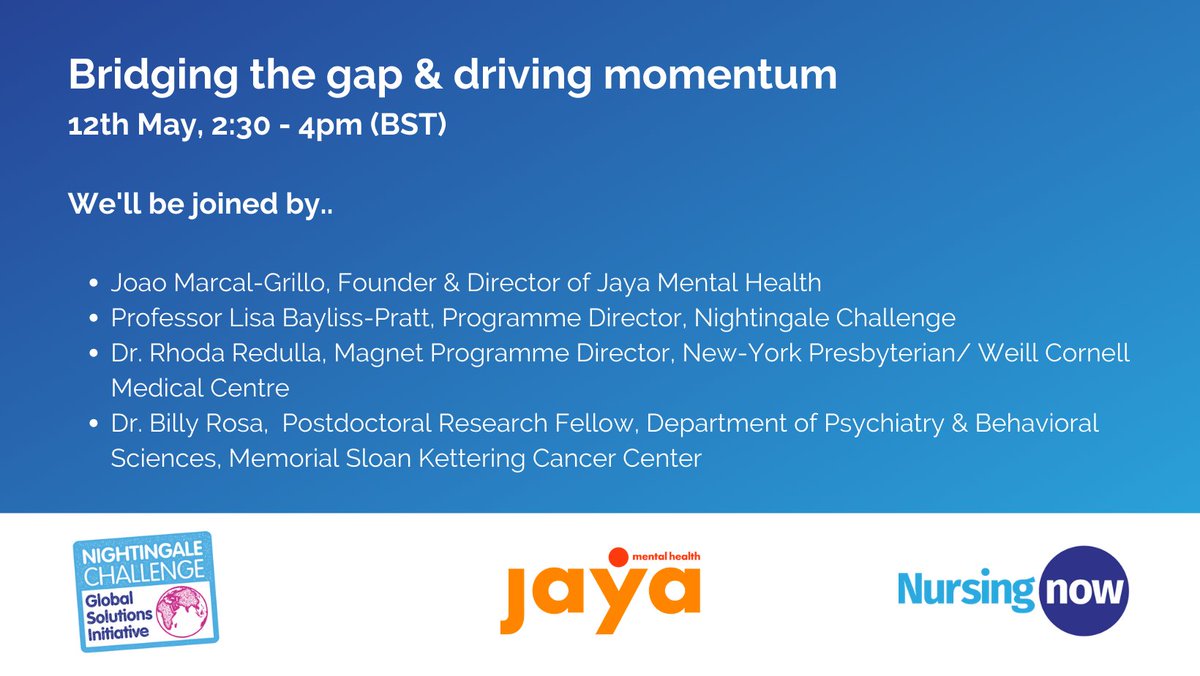 As part of our #IND2021 celebrations, we'll be discussing how to support early-career #nurses & sharing ideas to drive the #leadership agenda.

We've got a great lineup of speakers! Please register & join us on 12th May for another inspiring discussion!
https://bit.ly/3gV7xPI

Thank you so, so much for collaborating with us @NursingNow2020. We cannot wait to see what happens as you move into the next phase with the #NursingNowChallenge #RCNNRNChat #GlobalFootprints https://twitter.com/NursingNow2020/status/1390397092401754112

@RCNNRN @JayaHealth Huge thanks to @RCNNRN for organising tonight's chat! It's been a real pleasure to connect with you all. As you may know, the #NursingNow #GlobalFootprints event will take place on 24th May & stay tuned for more info on the nxt phase - the #NursingNowChallenge! 🥳 #RCNNRNChat

It has been a really interesting chat tonight, and we hope you enjoyed it too.

Our next tweet chat will be taking place on Thursday 3rd June at 8pm, topic announced soon! #RCNNRNchat